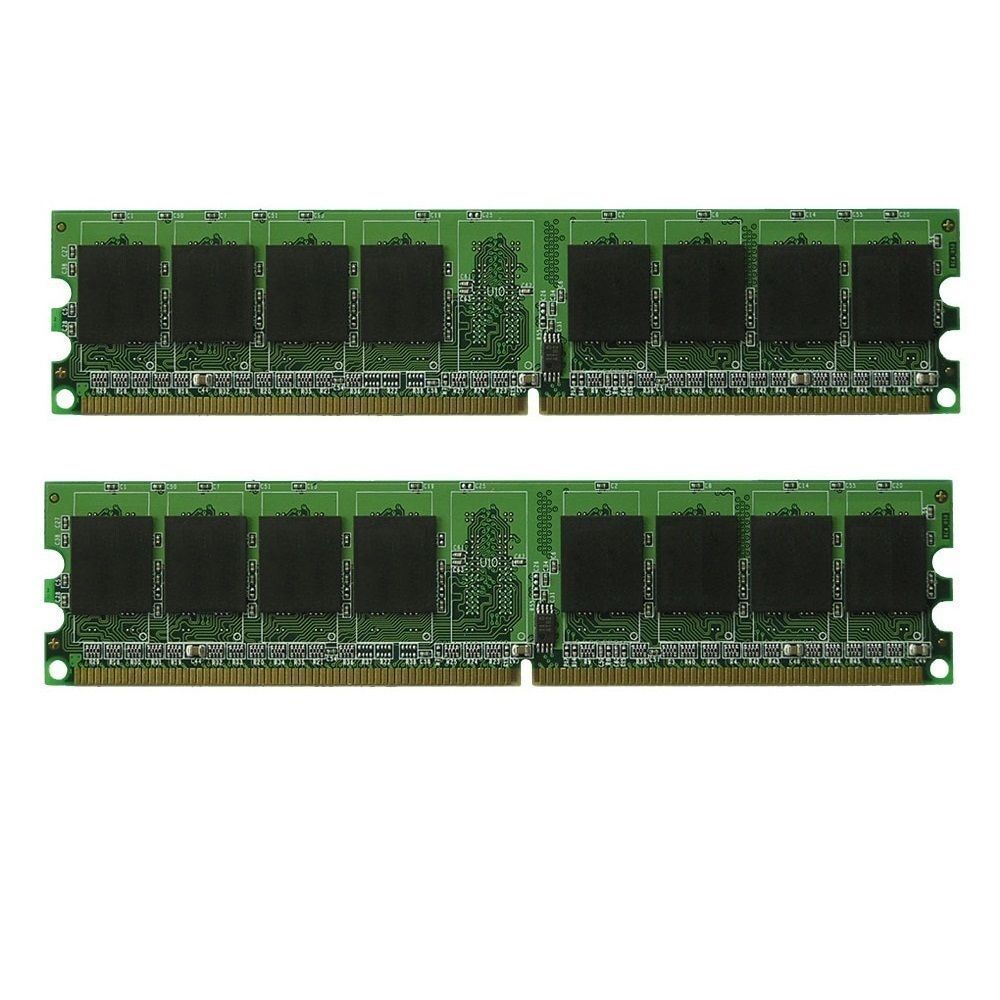 Consider the power of 6400 in bandwidth for laptop memory in a device thats also compatible with certain desktop computers. The features you find with an 8 GB memory module makes random access easy for any computer. This RAM stick uses a double data rate that is quadrupled for effect and brings together a 240-PIN for common compatibility.

The motherboard of your computing hardware has a location where each removable PC2-6400 DDR2 is placed. This module also comes with SODIMM frequencies that can be secured by a DIMM chip into a complete circuit with the motherboard. The reason these slots can maximize performance is due to their interchangeability. The random access memory of a computer doesn’t last forever, so the technology of this PC2-6400 of 8 GB in DDR2 can be added with other sticks for performance. You may need to improve your computer’s live-data performance or want to increase speeds without components heating up. The memory slots on a motherboard give you this ability with relative ease.

How is the electric sequencing in RAM managed?

Many of the features in this chip deal with electrical sequencing. Each memory module is operated by:

Furthermore, all of these factors can be timed for control. Those pieces must be properly triggered so that surges in data or multiple operations don’t confuse your random memory access. The SDRAM component uses synchronization as part of the work it does in stabilizing data. This synchronization finds common factors. It then creates a clearer picture by bringing similar integers together. Such clarity makes sense once you factor that computers operate on integers written as 0 and 1. Each numeral dictates whether charges are positive or negative.

This RAM module uses a complete circuit for micro-processing that operates on electrical circuits closed into a motherboard.

Transistors and capacitors: The dual work of transistors and capacitors guides electricity and tries to manage them while acting as safe storage locations. The power gained from your outlet is converted into DC when entering hardware, and this energy doesn’t go into your equipment without being rated for frequency. The DDR2 of 800 MHz requires a ground for continual flow but instead has a closed circuit. The transistors are revolutionary in that they hold voltage and release or maintain them based on memory commands. The presence of electric charges in a PC2-6400 stick of 8 GB is considered actual data to a computer.

Implementing 8 GB DDR2: You can consider doubling the internal charges of a memory chip. The double data rate focuses on the cycles of data that process. The cycles are completed when information is sent, received, and then sent away again. Various cycles between the chips in your data slots can accelerate when doubled or tripled. This gives your random access memory the ability to handle heavy loads and with little to no fatigue.