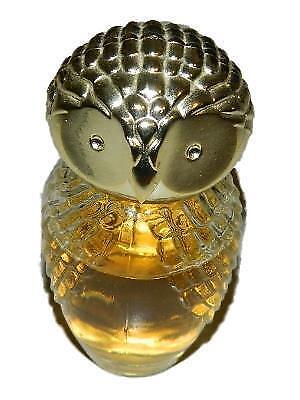 David H. McConnell was a bookseller in New York during the 1880s, and he started offering customers flavorings and scents as an incentive to buy his books. In 1886, he stopped selling books after discovering that his scents were more successful than his books, and he named the company California Perfume Company. In 1939, the company was renamed Avon Products, Inc., and they started issuing figural bottles in 1965.

When did Avon start making decorative decanters and Avon collectibles?

Some of the earliest figural decorative Avon bottles were marketed to children, including their Flower Talk, Her Prettiness, and Little Miss Lollipop lines. The Avon perfume bottles from the Little Miss Lollipop line shaped like a freckle-faced girl figurine with a white hat tied with a red bow were available. Other early Avon bottles include Avons transportation series decanters with the number 8 car released in honor of the first V8 engine. This series of vintage decanters started in the early 1970s, and Avon continued to release them over a number of years.

Which types of collectible Avon decanters and bottles are available?

When youre looking for new or used Avon collectible bottles on eBay, you can find them categorized by the following:

How do you start collecting Avon?

There are many different ways to start collecting Avon bottles. Consider focusing on:

What are California Perfume Company bottles?

The original California Perfume Company bottles are the first made for the Avon company and were designed to hold flavorings. One of the earliest was named simply fruit flavoring, although the company soon expanded the line to include shampoo, witch hazel, and a tooth tablet in glass bottles. The first scent bottles offered by the company included heliotrope, hyacinth, lily of the valley, violet, and white rose.By 1896, when the company issued their first catalog, the companys line had expanded to include 37 different products in 134 different-sized perfume bottles. The earliest vintage bottles list the address as 126 Chambers St. New York. Before the issuing of the catalog, the wording was changed to reflect San Francisco, Chicago, and New York. Vintage bottles showing Chicago are sought as Avon collectibles because there is no evidence that the company ever had any direct ties with the city. Many affordable collectible Avon perfume bottles are available on eBay.

Content provided for informational purposes only. eBay is not affiliated with or endorsed by Avon.