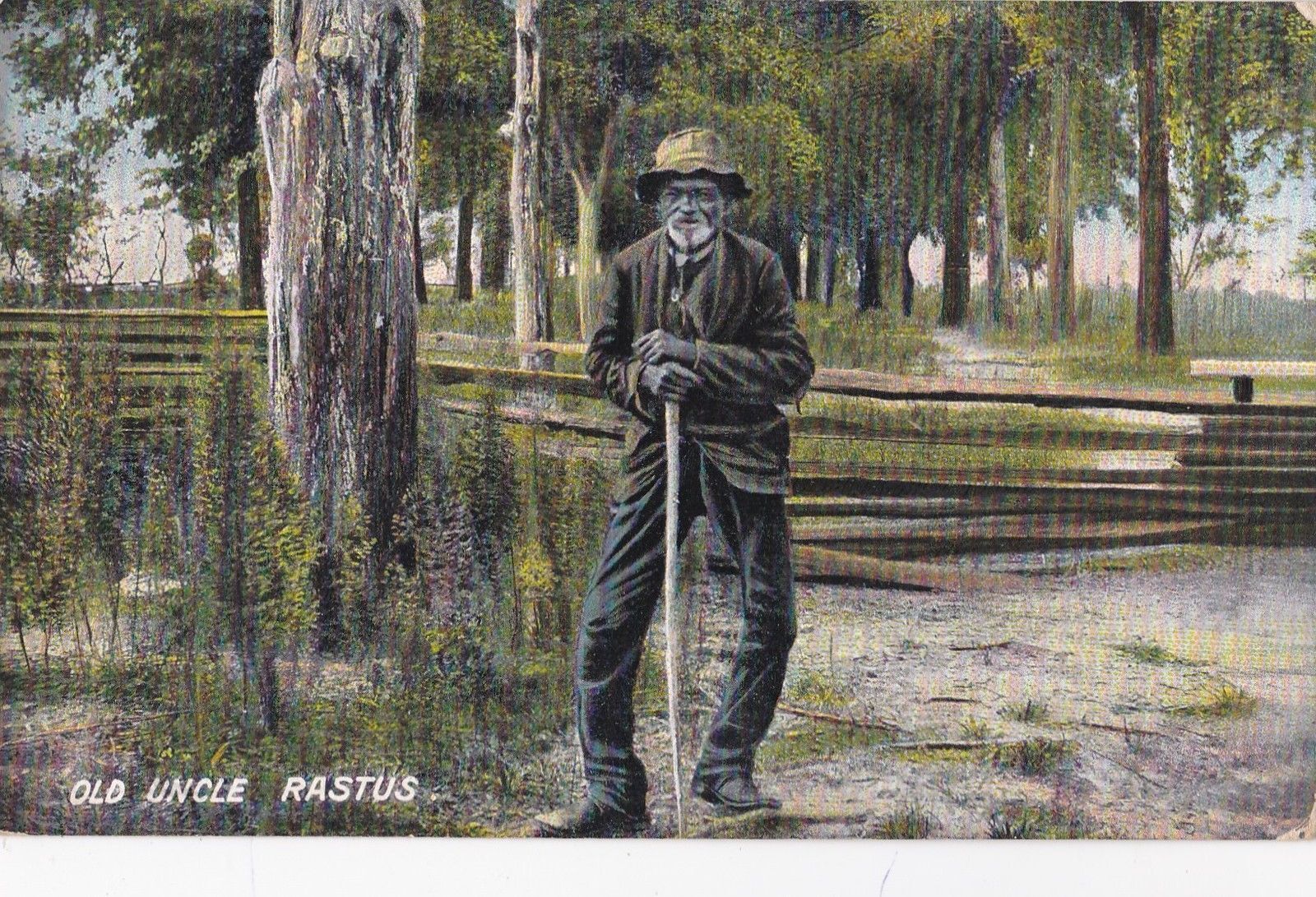 Black Americana (also referred to as Black memorabilia) refers to artwork and household items that reflect common pop-cultural ideas of African American, Cuban, and Puerto Rican life. Postcards are a subset of this art style, often showing pastoral scenes or scenes of household work while some commemorate important civil rights figures and achievements in Black history. These collectible Black American postcards are sought after by collectors and historians because their distinctive art style and imagery have been integral in shaping attitudes toward African Americans throughout American history.

What are common features of Black Americana postcards?

The artwork on these postcards may be made up of either photographs or illustrations, though illustrations are especially common. . Later cards, especially from the 1950s and 1960s, tend to show positive images of Black celebrities and events as well as images of ordinary African-American life.

When were Black Americana postcards manufactured?

While instances of Black Americana date back to the 1700s, postcards were not commonly manufactured until the late 1800s when the invention of chromolithography permitted mass printing of the colorful cards. Most of the items available in this collection were made between the 1880s and 1960s. Items manufactured in the 1950s and 1960s are more likely to highlight African-American achievements rather than stereotypes.

What was the original purpose of Black Americana postcards?

In the rapidly industrializing climate of the late 1800s and early 1900s, travel and exploration became possible for more Americans. Additionally, the U.S. Postal Service had added cheaper shipping options that permitted affordable mailing of postcards, mementos and ephemera. These postcards were sold in shops around the country so travelers could share scenes--real or imagined--of Black life. Cuban and Puerto Rican cards, discussed below, served the additional purpose of fulfilling AmericansÕ curiosity about Caribbean colonies and trade partners.

What are Cuban and Puerto Rican Black Americana postcards?

Cuban and Puerto Rican cards are a subset of this art style. Manufactured during the Spanish American War of 1898 when Cuba and Puerto Rico came under American influence, these images frequently show Black Cubans and Puerto Ricans. Images of tropical fruit and Black people dancing dances like the conga are typical of these items.

What are autographed Black Americana cards?

Postcards that have been autographed by African-American celebrities, especially athletes and singers, are among the most collectible Black Americana items. The cards themselves usually commemorate events or performances that had an African-American audience.