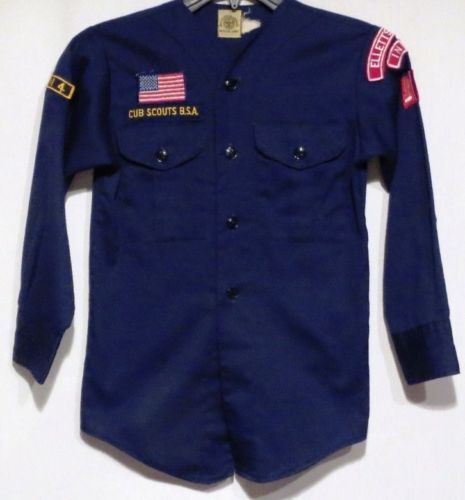 Modeled by Britains Boy Scout Association in 1908, the Boy Scouts of America was founded in 1910. It soon became the largest organization in the U.S. Older boys became Explorers and Rovers, while younger boys became Cub Scouts; over the years, their uniforms underwent modifications and became collectibles.

What are some of the uniform items that are collectibles?

Hats as well as uniforms have been sought by collectors. Shirts ranged in design from short sleeve to long sleeve. A scarf or neckerchief was often worn by a Cub Scout and was yellow in color. Boy Scout shirts and pants are often tan in color, while Cub Scouts uniforms are blue. Other uniforms, such as a Venturing or Explorer Boy Scout can be green and are also collectible. Among the collectible items are:

What types of belt buckles are collectible?

Belt buckles, such as the 1960s design, might be made out of brass. They might have the name of an area or location etched into the design. Another type of buckle that has been added to collections is a pewter version to commemorate the National Camping School. The National Jamboree in 1937 was also celebrated with a unique design for that year; it is now a collectible as well.

What are uniform badges?

Badges were given as a token of merit and accomplishment and are collectible parts of the uniform. Collectors look for these diverse achievement badges, which have changed over the years. These merit badges were sewn directly onto the uniform in order to make accomplishments visible. During the years, these symbols of merit changed in design. Some of the badges in the past and present are for:

What types of hats are collectible?

There are several different types of categories of collectible Boy Scout hats available, each with a wide variety of designs and options from over the years.

Content provided for informational purposes only. eBay is not affiliated with or endorsed by The Boy Scouts.