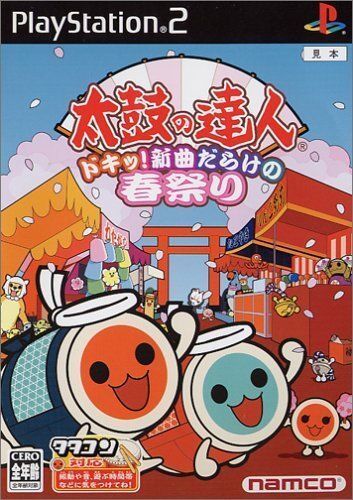 The PlayStation 2, which was Sonys second major console, was first released on March 4th, 2000. The PS2 features thousands of games in a wide range of different genres, including sports, role-playing, strategy, and pulse-pounding action. These particular games were released and marketed in Japan.

Is the PlayStation 2 region-locked?

Yes, the PS2 is region-locked at the hardware level. Region locking is a method for preventing a game from one region from being played on a console from another region. This is done by the hardware manufacturer to control the distribution of games between different regions. For example, the content of the game might have been changed in one region due to certain countrywide censorship laws, or the developer might have planned a staggered release of the game and didnt want people importing it.

Region locking was a common practice until around 2005 to 2010, which is when the era of digital distribution and simultaneous worldwide releases made region locking less likely. The regional lockout system is enforced directly by the PS2 console, but it can be bypassed by modifying the hardware. Otherwise you will need to own a Japanese console in order to play imported games from the region.

Were some games exclusively released in Japan?

Yes, a select few games were released exclusively in Japan and nowhere else. Many of the exclusive games are based on Japanese anime or manga properties such as "Bleach," "Naruto," and "Blood: The Last Vampire." Other exclusive titles such as "J-League Winning Eleven 6" featured local sports clubs or teams. Yet another reason why some games were only released in the country is that the developers assumed their game wouldnt appeal to foreign audiences and didnt want to bear the cost of distribution and release. That includes certain genres that were popular in the country, including rhythm games, RPGs, and tactical RPGs. A few examples of exclusive titles include the following:

A select few "Dance Dance Revolution" titles were exclusive to Japan as well, but most were released worldwide