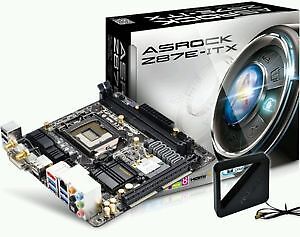 If your Intel 1150 computer is slow when powering up or even fails to do so, chances are your motherboard needs replacing. A faulty system board could also account for a variety of machine circuit errors.

What is a motherboard?

A motherboard, or mainboard, is where all the circuits of your device are located. Your processor, RAM, graphics card, hard drive, and other components connect to it. Your external USB, HDMI, LAN, and stereo ports also are attached to it, and so is your on/off switch, DVD drive, PCI card slots, and more. You can think of this mainboard as the brain of your machine.

What functions does the motherboard control?

It facilitates the communications between it and several electrical components. For instance, it reacts when you turn on your machine, and it starts your cooling fan when your processor is too hot. It also controls the northbridge and southbridge chipsets that are responsible for data flow management. Your hard drive also stays in operation mode because of your system. You cannot perform many tasks, if any all, without a mainboard that performs the way it should.

What types of computers have motherboards?

Most of them, including those made by major manufacturers, have them. Types of devices that have them installed include:

Whats the difference between an LGA motherboard and other kinds of mainboards?

A land grid array (LGA) chipset on a mainboard has pins on a socket when used instead of an integrated circuit, and it connects electronically to a circuit board using that socket. If sockets are not available, the LGA is soldered directly onto the motherboard. The construction of an LGA chipset reduces the possibility of damage and boosts the performance of machines with small processors.

What performance features do LGA 1150 motherboards have?

Features of some LGA boards include a time-utility function (TUF) thermal armor for improving airflow and dissipating excess heat. They also support a variety of memory types include SDRAM and DDR3 and extreme memory profile. Upgraded memory and the hard drives associated with them allow for accelerated computing performance.