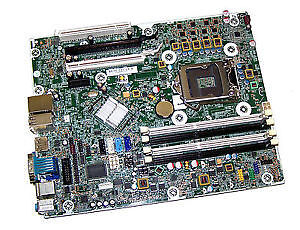 Who are some logic board manufacturers?

Companies that make logic boards that can be used with Intel core processors may include:

What are the components of a logic board?

If you take your LGA 1155 computer motherboard for Intel case apart so that you can look at your logic board, you’ll see the following components:

Where is the logic board located inside a computer?

The logic board is typically located toward the base of a desktop computer and beneath the keyboard of a laptop computer.

When should a logic board be replaced?

Logic board issues mimic many other types of computer issues, so it’s important to verify that there is an issue with your logic board before considering a replacement. Malware and computer viruses in particular can imitate a struggling motherboard. Do a complete virus scan to rule these issues out, and if you’ve downloaded any recent files from an unfamiliar internet provider, you may want to restore your computer settings to a recent backup. Loose power supplies and peripherals may also cause issues that can mimic logic board issues.If your computer doesn’t turn on when you flick its power switch, you may need to replace the motherboard. Many motherboards have LED indicators; when all things are working as they should be, that indicator will typically flash green. If the LED light isn’t green, that may mean it’s time for a motherboard replacement.