Always on the cutting edge of technology and performance, the Nike Flyknit is a favorite for professional athletes and guys who just want to add a dose of the iconic swoosh to their everyday look. Blending knit uppers that conform to the feet for a sock-like feel with air tech soles, these shoes are the perfect choice for hitting both PRs and the streets. Lightweight and breathable, they're a go-to for runners, but sophisticated colorways make them a great choice for running errands, too. Available in everything from eye-searing neon shades to black and white, everyone can find a pair that they love. Nike is also remixing some of their most iconic styles in Flyknit, so cult classics such as the Epic React and the Free TR get a fresh update and a tech-meets-fashion forward look.
eBay has provided more information about this product above and is not affiliated with or endorsed by Nike. 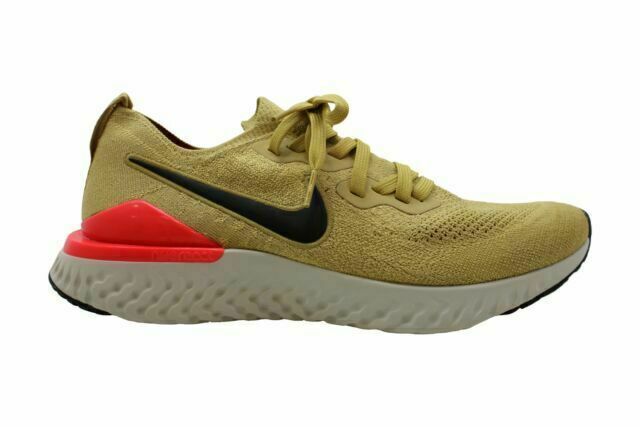 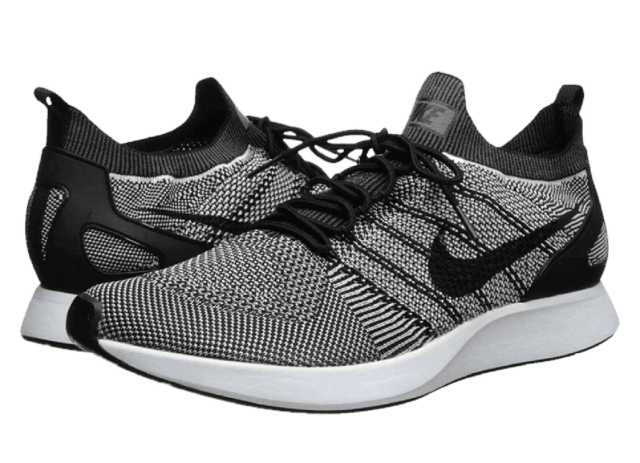 First introduced by Nike in February 2012, Flyknit is an innovative technology that uses high-strength fibers to create a shoe that's incredibly lightweight, breathable and supportive.

The technology was researched and developed for ten years before being unveiled in the Nike Flyknit Racer, a lightweight, form-fitting running sneaker. Flyknit sneakers feature one-piece uppers comprised of micro-engineered yarns. The manufacturing process reduces manufacturing waste and materials, when compared to the traditional cut-and-sew process.

The Flyknit Trainer soon followed. The launch of these versions spurred the expansion of the technology into the worlds of basketball, global football, golf, lifestyle and apparel.

While Nike Flyknit wasn't designed for running alone, the technology and material have strong roots in the sport. The Nike Flyknit Racer, a porous and lightweight running sneaker, was first to hit the pavement. Right on its heels was the Flyknit Trainer, a slightly more protected and stable sneaker, that's built for training runs.

Nike Flyknit material has been incorporated into most of Nike's running shoe launches since its debut. Flyknit also made its way to the Nike Free line of natural motion running shoes. The Flyknit upper has combined with Nike's React cushioning foam in the popular Epic React and React Infinity styles, and has been paired with Nike Air tooling in the Nike VaporMax series. But nothing put Flyknit more in the spotlight than the Alphafly NEXT%, the running shoe Eliud Kipchoge wore to break the world marathon record—in a modified version of Flyknit called Atomknit. 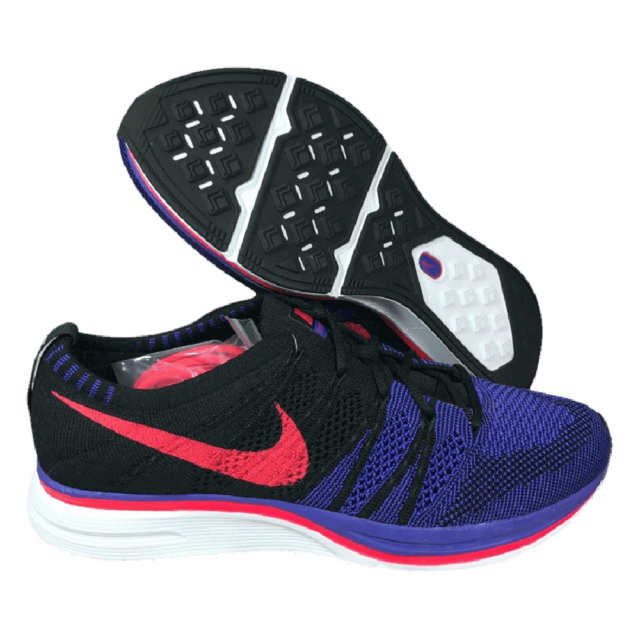