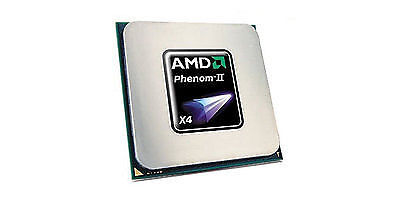 All About Phenom II Processors with AM2 Plus Socket

The Phenom II is a family of 64-bit multi-core processors produced by AMD. A multi-core CPU is efficient at running multiple tasks at the same time, whether its web browsing, word processing, virus protection, or multimedia playback. All of these processors are compatible with the AM2 Plus socket in certain computers.

What type of motherboards are these microprocessors compatible with?

Which AMD processors use an AM2 Plus socket?

What are some features of AM2 CPUs?

All the microprocessors share a similar set of features, including:

Content provided for informational purposes only. eBay is not affiliated with or endorsed by AMD.