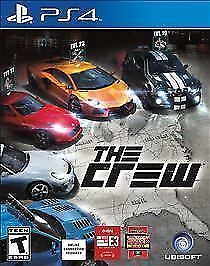 The Sony PlayStation 4 video game console is known for its vast library of games in a multitude of different genres. This PlayStation console features racing games with versions of several well-known franchises available to play. Combine these games with a racing wheel and players can emulate the real-world experience of racing behind the wheel with fellow competitors, using cars modeled after the real thing and traveling over courses based on the real tracks.

What are some PlayStation 4 racing video games?

The PS4 has a vast library of different racing games from which players can choose. These include:

Does the PS4 have special accessories available for racing games?

There are a number of different accessories available to increase the immersion offered by racing video games. Virtual reality headsets help players gain a more realistic look into the game as they play it, dropping them into the drivers seat of a car during each race. Steering wheel controllers and gas and brake pedal controls are also available, letting players control their character as if they were really driving a car.