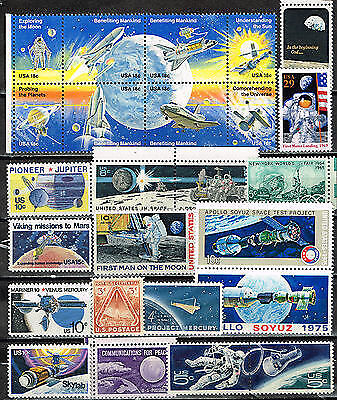 A Basic Guide to U.S. Stamp Collections and Lots

The U.S. government sold its first postage stamp in 1847, and many people soon began collecting them. Whether you have a general stamp collection or you focus on one particular type of postage stamp or a particular theme or point in time, you can find interesting and affordable stamps to add to your collection on eBay.

What different types of U.S. postage stamps are there?

Throughout history, the U.S. government has issued different types of stamps, including:

Stamps with mistakes are collectors favorites

Over the years, there have been many stamps not printed correctly that were released for sale to the public. The most common are misperforated stamps. Other times, the perforation is left out completely. Other stamps have been printed with one color being inadvertently missing. Sometimes these stamps are recalled and destroyed. This happened with the African-American cowboy Bill Pickett stamp showing the likeness of his younger brother. In 1918, at least one page of Jenny airmail stamps was sold to the public showing the iconic plane upside down. In 2013, the government reissued the stamp, meaning to invert the Jenny plane. Several pages, however, were sold with the plane printed right-side up.

What are some examples of U.S. commemorative sheets?

While you can separate commemorative issues, allowing you to use the individual stamps, the post office intends for these sheets to be maintained whole by collectors. There are several examples of these, including:

What U.S. stamps are available on eBay?

You can find a wide range of contemporary and vintage stamps on eBay. The categories offered are: