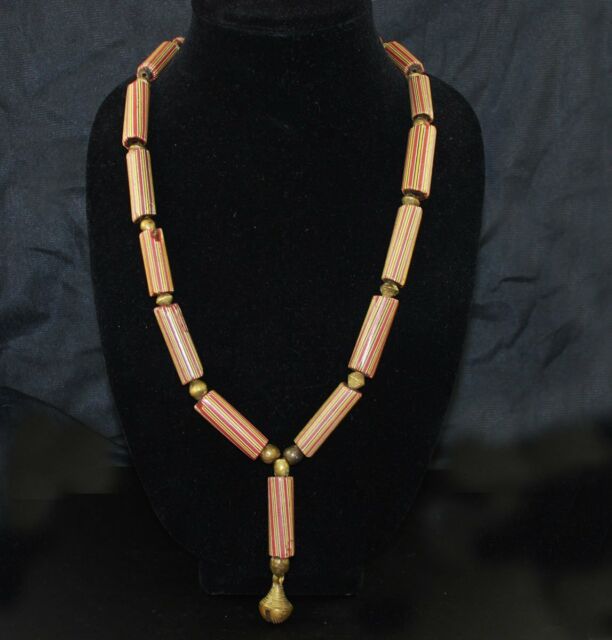 African jewelry is some of the oldest in the world; pieces believed to be at least 70,000 years old have been unearthed in the Blombos Cave in South Africa. While these original pieces were probably mollusk shells strung into a necklace, there have been many materials like bone and clay used to make vintage African jewelry. Jewelry played many important roles in Africa.

What are some materials used in vintage African jewelry?

Many different types of materials were used in traditional African jewelry including:

While some jewelry makers made pieces because they were pretty, others chose color schemes to represent a meaning like:

What are some traditional uses of beads in Africa?

While many people wore African earrings, African necklaces, African bracelets, and African pendants because they were beautiful, others chose to wear a particular choice for a specific purpose. These pieces were often strung together to make a necklace. Some types include: