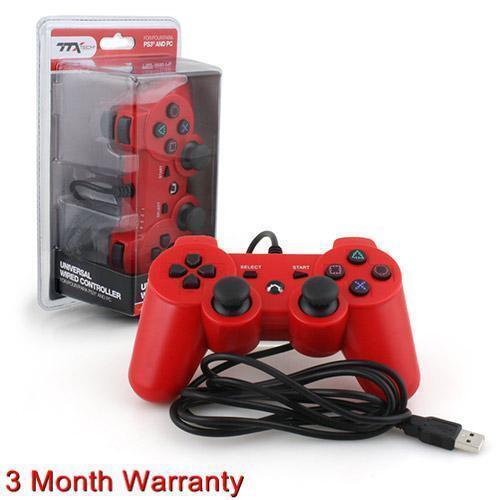 Sony PlayStation 3 video game accessories are offered by Sony and many after-market manufacturers, allowing you to maximize your entertainment experience. These devices expand on the abilities designed into the console. Replacement components include products such as the Sixaxis wireless controllers and a variety of power cables.

What are the available accessories?

Extras for the device include items that are often sold separately from the gaming console. Components can also include replacement items such as power cords and wireless controllers. There are also video games that require the use of extras, like a wireless headset for online play. The most common additions are:

What are the features of the video game accessories?

Most of these extras are designed to enhance gameplay. PlayStation microphones, for example, allow players to verbally communicate with other players when playing online. Similarly, a headset can allow players to hear online opponents in real time. On the other hand, an enhanced set of controllers could replace originals that have been worn due to heavy controller use. Wireless controllers are also a useful accessory, because they eliminate the need for cords connected directly to the game console.

Can these items be used with other consoles?

What audio/visual products are available?

There are several audio/visual accessories that are designed to enhance the capabilities of the PlayStation console. These PS3 device components are meant to increase the sound abilities and also add webcam functionality. PS3 Bluetooth wireless headsets are A/V components that are useful for the PS gamer. Other PlayStation 3 items in this category include:

Are there data storage items for PS3 consoles?

Yes. A memory card adapter is available that allows PlayStation data from PS2 consoles to be transferred to the PlayStation 3. These PlayStation accessories also make it possible to transfer data from the PS1 to the PS3 hard drive.